Train to the Clouds: BUS-TREN-BUS

This Train to the Clouds bus tren bus option includes a bus transfer from Salta to San Antonio de los Cobres.
Visiting Campo Quijano and Gobernador Solá up to El Alfarcito. Here a typical breakfast with local products is served.
This is where the Alfarcito Foundation operates, helping 25 local communities and running a tourism-orientated mountain school.

Train to the clouds prices

The trip continues through the Quebrada de las Cuevas before arriving San Antonio de los Cobres.
Once there, the group is taken to the train station to catch the Train to the Clouds and cross La Polvorilla viaduct. (4200 meters).
This is a one hour ride before crossing the impressive bridge, one of the most important engineering projects of the 20th century in the area.

After 30 minutes in the place, the train returns to San Antonio de los Cobres to catch the bus in order to return to Salta.

During the way back, there is one last stop in Santa Rosa de Tastil.
A very nice museum dedicated to the pre Inca ruins found here can be visited. As long with the usual crafts market, ideal to get a last minute souvenir. After this last stop the bus returns to Salta.

Departures and schedules of the Train to the Clouds

The bus service departs at 07:05 hs. from Salta train Station, arriving at 12.00 hs. to the San Antonio de los Cobres Station.
Here the transfer to the Train is made, 4:15 pm the return to the capital of Salta is undertaken by bus.

The time for the presentation of passengers is at 06:15 a.m. at the Salta train station.
Passengers must bring their ID and travel voucher.

Services included in the Train to the Clouds

History of the Train to the Clouds

The authorities of the General Belgrano railways decided to create this touristic project in November, 1971.
After that first trip with politicians and journalists only, the Train to the Clouds has become a world-famous attraction.

The first official touristic trip took place in 1972 and continued until 1990 when the national railways were privatized.
From 1991 up to 2014, the Train to the Clouds was managed by local capitals. Before the governor Juan Manuel Urtubey recovered it under the SFTSE society. Started providing a service under international quality and safety standards.

According to journalist and writer Luis Borelli, the name “Train to the Clouds” comes from a 60s film crew who travelled through these tracks between Salta and Socompa before the touristic boom.

When they reached the viaduct called La Polvorilla, the engine released vapour and, because of the low temperature, it didn’t vanish immediately thus creating a cloud-like presence on the sides of the train.

The film was given to a journalist working for Clarín, one of Argentina’s biggest newspapers, who wrote the script for the documentary.
When he saw the steam release, he immediately named the documentary “Train to the Clouds”.
The Argentine Railway Company used this same name for the (back then) only railway touristic enterprise: a 217 kilometer segment of the C14 branch.

Timeline of the Train to the Clouds

In this table, you can see the trip schedule in its BUS-TREN-BUS version:

Terms and policies of cancellation / refund / change of date 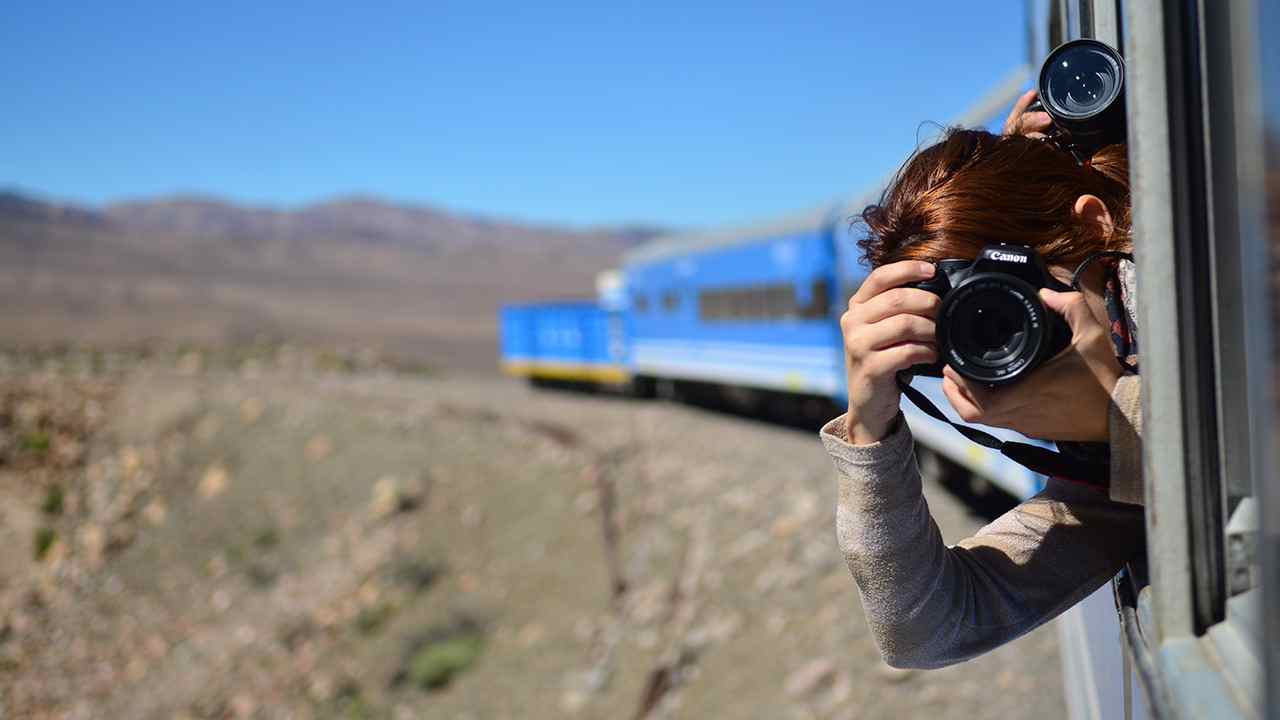 Show reviews in all languages (10)

A lot of people have already written about the day so I don’t think that I need to repeat the agenda and although I am not a train enthusiast and it is not my top pick for the area but I am glad I did the train to the clouds. I enjoyed the day.

Why did I enjoy the day ?

– I think that the scenery is lovely- it is great to see the changes as you go higher
– the train ride was also enjoyable especially going over the bridge – where the train slowed to enable people to take pictures
– I was privileged enough to be there when they did the raising of the Argentinian flag , a moving experience

Some things to be aware of:
– it is a long day.
– You do stop at places may feel are not necessary or for to long, however unless you have a private tour from my travelling this is typical for tour bus trips.
– There is the risk that you will not have an English speaking guide- while frustrating and did create some challenges it is part of the experience. We had great guide on the bus who really made an effort but the guide on the train was a complete contrast. This means you miss a bit of the background and sometimes the instructions. Over the bridge you are asked to swap sides – we figured this out however our real challenge was that we had some Portuguese speaking tourists who on the other side refused to move even when specifically asked by the guide.
-Take some food and plenty of water. The food is not great on the way and water is a must.
– For a person who suffers motions out sickness I was lucky this time but I suggest that if this is you I would probably come prepared.
-You go up in altitude fairly quickly – so expect that you may suffer some altitude sickness – my wife and I did . There is an ambulance follows for anyone with extreme problems.
– Take some toilet paper and small pesos for the toilets.

The bus start from the old train station 12 blocks walking from the main square. Leaving 7 am it was still dark and cold. Our first stop was outside Salta were the old steam locomotive was. There are also some locals trying to sell there food warm drinks and souvenirs. Then going trough the wonderful coloured gorge. Stopped for breakfast and drove on to San Antonio de Los Cobres. Arriving there all the locals has stalled out their clothing,souvenirs.Going on the train for the ride of your life. The scenery is great passing the old mine village and travelling up to 4000 meters. Going over the bridge with his great view. Stopping at the top we’re the locals sell there goods again. A great view for taken photos. The train ride is two hours arriving back in San Antonia for lunch. Then driving back to Saltanagain with a great view of all the coloured mountains. It is a full day but worse it.

What a great and informative ride. A few years back, this attraction consisted of a very long (over 12 hours) trip from Salta to the Andes. If you are a train lover, then great, but other than that, you´d be stuck inside a train for over 12 hours. Personally, I think the new set-up works best. It also lasts for up to 12 hours, but you get to see a lot more.

They changed it up quite a bit. First you take a coach from Salta to San Antonio de los Cobres. The bus makes several stops along the way, during which you can take pictures of the wonderful sights, see the local people, eat breakfast in a small village. Tourism has a social function, and the locals benefit greatly. Then, once you arrive in San Antonio, you get on the train and by the end of 2 hours, you get off at La Polvorilla where the Argentineans will sing the anthem, and great pictures can be taken. At this point you are at over 4000 m, so you´d better be munching on some coca leaves, otherwise you might pass out.

On the way back, you get to take in some more spetacular views of the surrounding mountains.