This tour package from Salta is put together for who is looking to complete the most representative tours in NOA (Northern Argentina).
It consists of 4 trips which embrace all points of interest. No tourist with time can leave unvisited.
Going to these four places, you will get a full picture of the NOA region.

Characteristics of the most complete package of northern Argentina

Tours included in this package

This trip combines two excursions into one extended trip. First, a journey to San Antonio de los Cobres, following the tracks of the “Tren a las Nubes”, Train to the Clouds.
Second, a visit to a part of the “Quebrada de Humahuaca” (quebrada is a deep mountain valley or ravine). Visiting the village of Purmamarca passing through the Great Salt Flats earlier on.
Along the way, we assure you some unforgettable landscapes and scenery.
The “Quebrada del Toro” will surprise you with its exceptional forms and colors.
The Salt Flats, mainly located in Jujuy province, cover an area of approximately 212 km².

Famous for its vineyards, its excellent wines (the grape Torrontés is cultivated here) and its wineries known as “bodegas”. It is the most important city within the tour of the Calchaqui Valleys.
This trip will take you from the south of Salta through the Lerma Valley, at its widest point, learning about the tobacco cultivation and the colonial architecture of the villages, connected to the Argentine Independence Movement.
Afterwards, we enter the “Quebrada del Río las Conchas” (Shells or Cafayate Canyon), enjoying amazing and whimsical sceneries, like the “Garganta del Diablo” (the Devil´s Throat) and the “Anfiteatro” (the Amfitheatre), results of years of erosion by wind and water.

A region rich in history and tradition. In this area roads and settlements exist for more than ten thousands of years. Today still many archeological and architectural sites are witness of its grand history. The region is home to a population who preserves its ancient customs and habits.
It forms a natural corridor from North to South, which stretches from the Rio Grande basin and connects the Jujuy Valley to the Puna.
In year 2003, during a session held in Paris, it was declared UNESCO World Heritage in the category of “Cultural Landscapes”.

A lovely village, situated at the North East of the Calchaqui Valley. It rests on the eastern flank of the “Nevado de Cachi”, a peak of 6729m and is sided by the banks of the crystalline Calchaquí River, which has its source not far from there, on the heights of the “Nevado de Acay”, another peak of 5950m.
Its name derives from a misunderstanding amongst the native population, who mistook the snowcapped top of the mountain for a salt mine. This is not entirely ridiculous, taken into account that this is a region abundant of salt flats. Moreover, its top had never been reached by then (or at least no reports existed at that time).

Optional Excursions to add in this Pack

The tour in Salta city consist of a set of short walks linking historic monuments in the city center and its outskirts(Cerro San Bernardo and San Lorenzo). From 16:00 to 19:00. 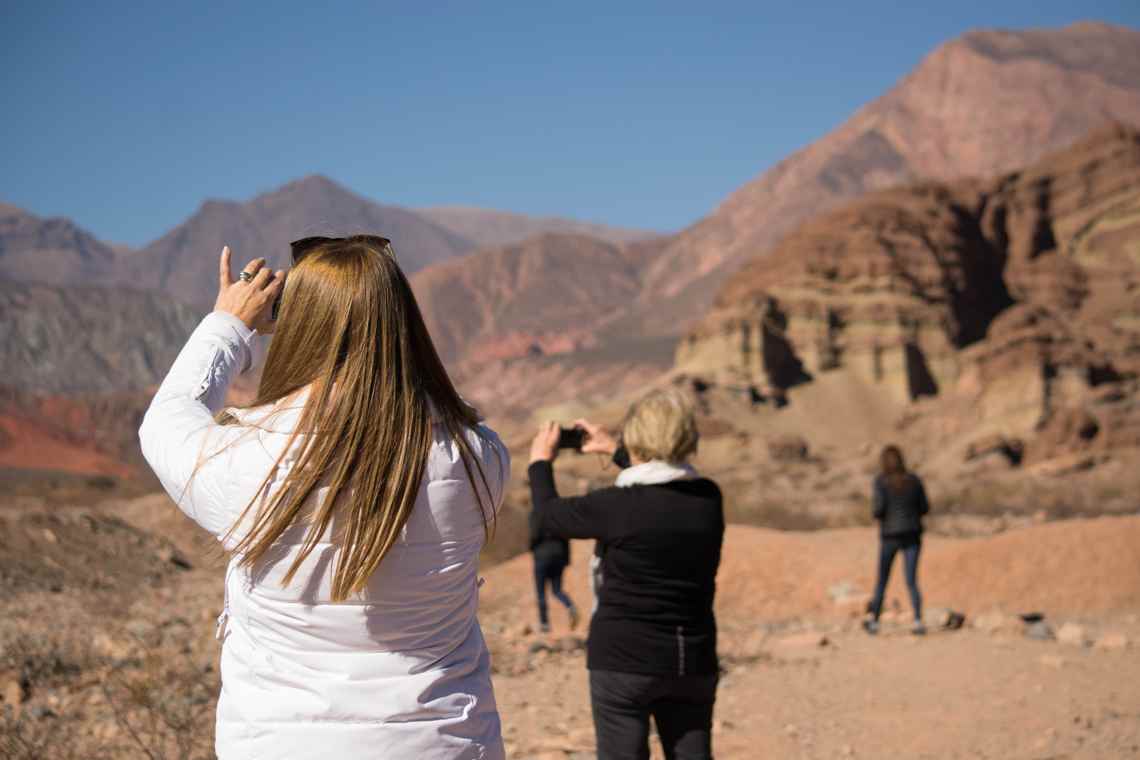 We booked our trip from Italy. Firstly we contacted an other agency but they answered very late and they were very unfriendly. We found dexotic and immediately the interchange of information was very friendly, fast and complete. We booked the Full NOA excursions, 4 day trips in the beautiful region of Salta. Service was excellent. One day we arrived late at the appointment and they wroteus immediately advising us they would pick us before leaving the city. We had very nice guides and drivers. Especially the incredible and professional work of Flavia (we were very lucky, she guided us on 2 different tours) and Noemi, togheter with pleasant drivers, Miguel, Facundo and Martin. We felt very good sharing the trips with nice companions.
If you’d like to have guided visits in the region, know more about culture, folkore, history, flora, fauna, nature and much more, I feel very enthusiastic to suggest this agency and their services.

I was looking for hotels indications and excursions in Salta and enjoyed the excursions offered by Dexotic. I opted for the Full NOA package, 4 day long excursions: Puna y Salinas, Cafayate, Quebrada de Humahuaca and Cachi. I enjoyed the guides, they knew a lot about the places we visit (geography, history, culture …)

I have booked four back-to-back excursions from Salta with Dexotic.com, partner of MTB Adventura Salta very recently. The 4 excursions were Cafeyate, Cachi, the salt flats and Humahuaca, all of which were 12-14 hour long excursions from Salta. I have emailed with Jose and Francisco numerous times before I went to their office to pay for the 4 excursions. They are both very responsive and helpful.

I specified that since I do not speak Spanish, I would definitely like to join excursions with English-speaking tourist guide. Francisco assured me that this would be arranged accordingly.

On the first 2 excursions, both guides spoke English very well. Yet, on the third excursion, which was to the salt flats, the guide barely spoke any English. He spoke to me for less than 5 phrases through out the entire day. I would have just let this go until our tour bus seemed to have some mechanical problems on the way back, which was about 200+km away. The driver had to stop the bus from time to time to check the bus. No one explained to me what happened. The tour bus eventually broke down on the highway about 10-20 km from salta. It was about 9ish in the evening. We were stuck on the highway for about 1/2 hour in the highway until I realized all the other spanish-speaking passengers started to get off the bus. I felt totally “uninformed” and left out. To make a story short, eventually, another tour bus passed by and offered us two seats and brought us back to Salta.

I was so furious that I wrote an email to Francisco and told him the whole incident. My point was that an English speaking guides do not only provide background information to the places that I visited, they are particularly important in cases of emergency. Francisco responded the next day, apologized and offered me a partial refund immediately.

I was very impressed in the way he handled this matter. All I intended was to voice out my discontent about the whole incident. Yet, Francisco explained that since his provider did not arrange an English speaking guide on the excursion, as promised, he believed that a partial refund was the best way to handle this matter.
I am very impressed with Francisco and Dexotic.com.

As for the excursions. they are each 12-14 hours long. The bus ride was kind of long and tiring. However, I do recommend all four of them. Rugged landscape; mountains that are colorful; breathtaking scenery; lovely old colonial towns with beautiful plazas….. The salt flats is so-so, especially if you have seen the salt flats in Bolivia. Otherwiset, it is still worth-going as well. Make sure that this excursion follows the San Antonio de los cobres route though, which is the same route as “Train to the clouds”.

All in all,I recommend Dexotic Travel; and I recommend all these 4 excursions.

Show reviews in all languages (13)