Following the tracks of the Train to the Clouds!

The Mountainbike Bull Circuit is chosen by the majority of people who have some experience in cycling. Or already made another of our tours (as the Yungas Circuit). And left wanting some more.

Mountainbike bull circuit in Salta begins in the village of Campo Quijano known as The Andes Portal, which arrive in vehicle.
The bike circuit runs the first part of the gorge, an area with deep canyons and lush vegetation in summer.

With an small Trekking, the cyclist group will arrive to a beautiful waterfall called “Chorro Azul”.
The preferred point to make a stop to chat, relax and get energy to continue into the next part of the circuit.

Crossing the Bridge known as “Viaducto El Toro”, with 100 mts. long will be an unforgettable experience.
The group continue following the route of the famous Train to the Clouds and visiting some train stations now abandoned. Rio Blanco and El Alisal.

The second part is a a descent of 6 km to the point where expect the vehicle to return Salta.

There is the possibility of renting a bicycle in Salta and doing the circuits independently. Through an agreement with MTB Aventura Salta company, it is possible to rent different types of bikes and receive detailed information about the mtb circuits that can be made.

You can try our special discount pack for adventure lovers and Adrenaline and adventure in Cabra Corral lake. 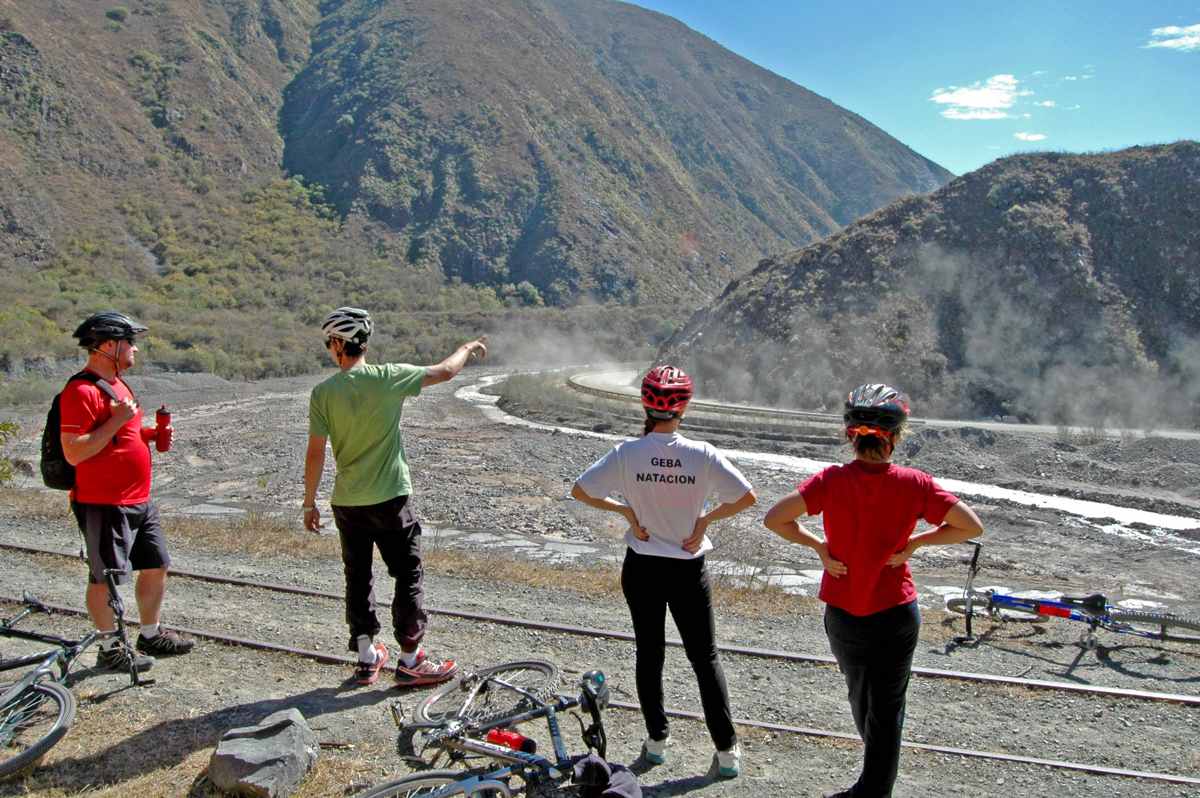 We (a family of 4 persons) were picked up by Nacho at our hotel.
and we get for the mountain bike tour to Quebrada del Toro from
10 am to 16 pm. Everything fitted, we were very content.

I had a great experience on this tour. I had no idea what to expect but it did turn out much better than I had anticipated and being a photographer, I had the chance to see and take photos of things off the beaten path. Nacho was a great tour guide who spoke pretty decent english and he had great patience in trying to keep the group together. I highly recommend this tour to anyone looking for a bike adventure and to those who would like to see some of the beautiful landscape Salta has to offer outside of its busy city. I found the route to be fairly easy except I did get out of my comfort zone crossing the bridges but they weren’t as difficult as they seemed at first! Again Nacho was great at helping with the bikes and the crossings. Thank you MTB Salta for a fun day full of adventure!